Wholefoods is sometimes mentioned in nutrition and health circles as if it is some new trend, but for most of our evolutionary history wholefoods were the only show in town.

So what are wholefoods?

Wholefoods are foods that are as close to their natural state as possible. Examples of such are grains that have not been processed (wholegrain wheat, brown rice etc.), honey instead of sugar, unrefined cold pressed olive oil vs refined oil (some would argue that olive oil is not a wholefood, the olive is! But on the spectrum of health and processing extra-virgin olive oil is closer to wholefoods / unprocessed than refined olive oil).

What are the benefits of wholefoods?

When we look at a lot of the foods consumed around the world much of it has changed over the past 200 or so years. Traditionally people relied on staple crops like rice, wheat and corn (maize) as major sources of nutrients and energy. Recent developments have meant that much of these staple foods are now consumed in their processed state – e.g. Polished White rice instead of the traditional brown rice, white pasta and white bread in place of wholegrain breads and pastas. This processing has also happened to oils that are consumed with many oils now going through multiple levels of processing to prolong their shelf life and improve their appearance. 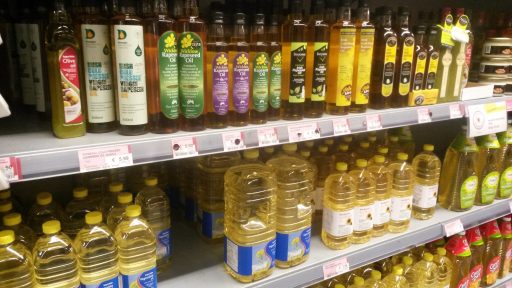 So what is the problem with processed foods like these?

Well what is good for the food seller is not always good for our bodies.. In the processing of grains for example the outer bran of the grain is stripped away to leave the carbohydrate contents as the main food. The outer bran of grains like rice & wheat are where much of the nutrients (vitamins and minerals), fibre and healthy oils are concentrated.

Also contained in this outer layer is the part of the plant that is fibrous – this is a vital element that (although is not considered an essential nutrient) is extremely beneficial to our gut and metabolic health .The removal of this fibre is in part to blame for a lot of the issues people develop on modern western / processed diets. Why so?

Fibre acts to slow digestion of carbohydrates (sugars) and means we do not get a spike of blood sugar, and thus an insulin spike (the hormone that is produced in response to dietary sugar). These spikes are implicated in metabolic diseases like diabetes and chronic inflammation, both of which are detrimental to our health over time.

Also when we generate energy in our cells through oxidation of sugars we generate free radicals (oxygen molecules which are charged and want to react with other molecules to lose their charge and return to a neutral state). These free radicals can damage our cells and tissues if their levels are not controlled. Our body balances these radicals by using antioxidants, molecules that remove free radicals and keep inflammation and damage in our bodies to a minimum. When we consume processed foods we are consuming foods that have had their inbuilt antioxidants (and the nutrients we need to make our own antioxidants) stripped away. This leaves our bodies less able to protect themselves from oxidative damage and ultimately leads to chronic diseases and imbalances.

So how do you go about increasing the amount of wholefoods you eat?

You can look at what foods you currently eat that are processed but could be swapped out for unprocessed types. So if you cook a curry and usually serve it with white rice you can swap out the white rice for brown rice (short or long grain). If you eat white bread you can simply change to wholemeal or wholegrain varieties. If you serve a pasta dish, instead of the usual white pasta try using some whole-wheat pasta.

These are some very basic changes you can make to start to improve your diet. Over time you can experiment with other grains as alternatives to wheat and rice in some of your meals – some great options are millet, amaranth, barley and rye.

Try to become more aware of the level of processing foods have had done to them – look at the appearance of the food (is it white and oily or does it look more natural?), look at the ingredients of food. Also consider the cost of food – sometimes certain foods are cheaper due to the processing that has occurred (white goods like white rice, white flour, white sugar are all much cheaper in the food supply than the unrefined whole foods from which they are obtained).

Gradually you will start to appreciate the quality of whole unrefined foods more and your diet and your health will begin to improve.

In a follow up post I will discuss some of the studies that have been done on populations that traditionally (and still do) eat a diet based on whole unrefined grains.

View all posts by: Garech